What better way to spend the Martin Luther King Jr. day and the eve of the inauguration of Mr. Obama than to head out to the North Shore of Oahu. Sure there were probably some spots in town that were catching residual north wrap and I could have spent some time on the big freakin' hole in the roof but, it was a nice day. It was just one of those days that you stepped outside and asked yourself, "Who gave this to me? Who made this day so perfect? And who sacrificed so that I'm able to be here, right now, in this moment?"

Pipe wasn't in true Pipe form. The swell is on the downslope and the winds were wailing but, there were a few individuals who were living it up! That's what it's all about, correct? 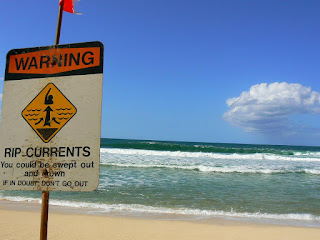 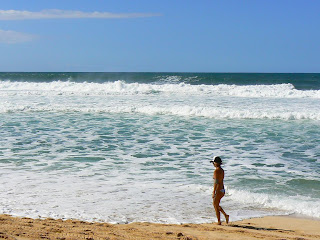 Corporate row was rather quiet. There was no hootin' or hollerin' from the balconies and no raging parties; just a small quiver of boards at the Volcom house. 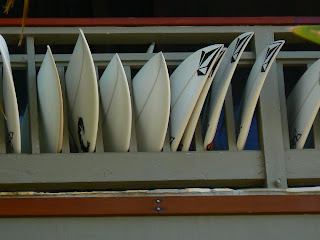 The bodyboarders outnumbered the surfers, waves were shifty, and a few of the fellas bagged a few nice waves and took some cracks (egg + broken = omelet, right?). 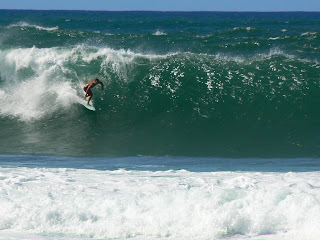 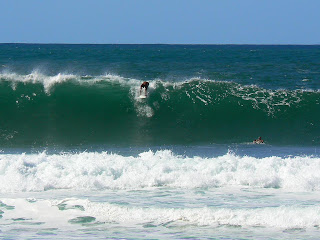 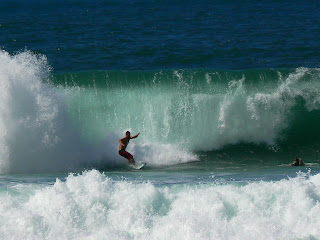 And..... Of course if surfing is not your thing, there's always hanging out at Shark's Cove. 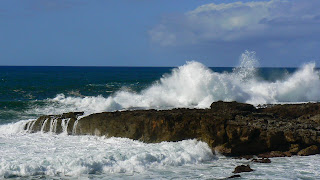 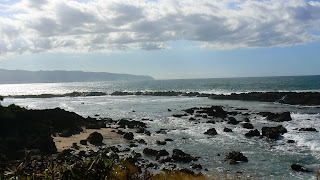